LTC Enterprises, LLC (dba Lodging Technology) is based in Roanoke, VA, a central East Coast location within 850 miles of 60% of all 5,000,000 US guestrooms.

Lodging Technology is the originator and considered the pioneer in infrared occupancy sensor-based energy conservation.

For better then four decades, Lodging Technology has provided innovative and custom energy and cost reduction solutions to the hospitality and other industries. The Company enjoys an impeccable reputation for high quality products and customer service that is second to none. Lodging Technology has many multiple-property, multiple-brand repeat customers for whom it has installed as few as two to as m any as 50 properties. Our products are designed and manufactured in the United States in Internationally Certified ISO9001:2013 facilities. We provide direct sales, installation, service, and purchasing options all across the US and to our international hotel clients in Canada, Europe, Mexico, and the Caribbean through factory-trained Authorized Dealer / Distributors. 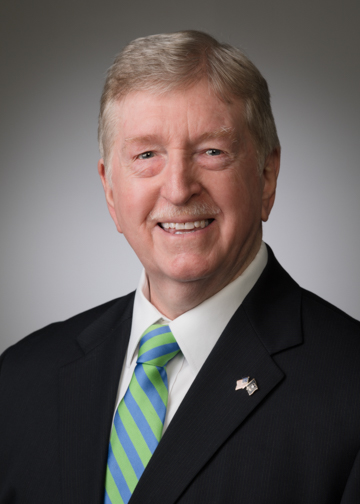 William C. Fizer is a Vietnam-era Veteran, Founder and President of LTC Enterprises, LLC. While serving in the US Army, Mr. Fizer was an instructor in the electronics of the HAWK Missile System at the Ordnance Guided Missile School (OGMS) at Redstone Arsenal, Huntsville, AL. Mr. Fizer taught US Army, Israeli, Nationalist Chinese military, and Swedish civilian technicians in the operation and repair of the HAWK Fire Control and Radar systems. The Marshall Space Flight Center, also on Redstone Arsenal, was developing the Saturn V rocket and Apollo Space Program that took man to the moon in June, 1969. As an Instructor, Mr. Fizer had the pleasure of meeting Werner von Braun and was later transferred to Okinawa in a maintenance and repair role for the HAWK Air Defense sites.

After his discharge from service, he developed the original infrared body heat sensing energy management system while employed as Manager of R&D at a large hotel company. Mr. Fizer has many years of extensive experience in management and control of energy consumption/reduction in hotel guest rooms. He is well known in the industry and is considered a pioneer in occupancy sensor-based hotel energy conservation.